Billed as a tyre suitable for long distance and training, the Intensive 2 has been made with durability, comfort and grip in mind. Its reinforced polyamide construction is designed to be highly resistant to punctures with Hardskin protecting the sidewalls against cuts and abrasions. The dual compound tread has been designed to grip well through corners and provide efficiency when riding on the ridge.

Having recently spent time on the ‘dark side’, I’ve been more accustomed to tyres of the knobbly variety, but still commute 9 miles to work and back most days on the road bike and spin the miles out on the tarmac every now and then; so what would I make of these endurance tyres from French brand Hutchinson? I’m a roadie at heart still, and always look for quality – so let’s take a look.

I will admit that I don’t tend to give a huge amount of consideration to my tyres, until that is I need to replace them! These tyres have all the qualities I look for when choosing a road tyre as I don’t relish the prospect of having to change them too frequently, much less the thought of doing so mid-ride due to the dreaded “P” word! Getting the tyres on in the first instance proved a bit of a challenge, one that had me effing and jeffing like sailor, but once on and inflated to my personal preference of 100psi they were a ready to roll. Best of all, they stayed well seated once on the wheel.

It was June when the tyres first arrived and the weather has since been a mix of balmy summer sunshine and miserable torrential rain, sometimes on the same day! On the sunnier days, I stretched out my usual commute home to a longer 17 miles, taking in some lumpy, bumpy farm tracks and sections of the Sustrans Regional Route 21, spread with crushed stone and brick to really test the durability out. On wetter rides, my focus was on the grip and how stable I felt taking corners on these skinnier than I was used to tyres. A good tyre gives you confidence approaching corners and on tight lanes, which whilst not frequent in Cambridgeshire, can test when they come along. Thankfully, I have not been disappointed on either score.

In terms of ride comfort, I did feel the rubber compound took a few miles to warm up and soften in to the ride, but no more than I’d expect from an endurance tyre with all that added protection going on. Once warmed up they roll well, and given the diverse surfaces I’ve subjected them to in the 150 or so miles I’ve ridden them, they are showing no signs of nicks or cuts and no discernible loss in pressure either. Endurance is the word then with these tyres from Hutchinson.

Down to business then; I’d happily have these tyres again and feel confident they’d handle pretty much all weather conditions this green and pleasant land can throw at them. When I finally do need to replace them, at around £25 per tyre, that price certainly won’t break the bank. I may opt for the slightly wider 25mm version that is also available, simply because I prefer the extra width. So if you’re after a great value, durable tyre this may just be the one you’re looking for! 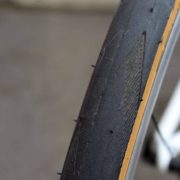 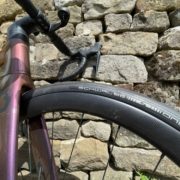 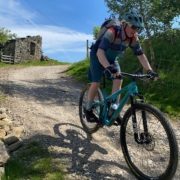 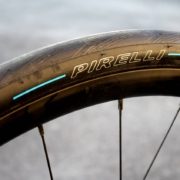