Razzle dazzle, how fast do you go?

People love colour, design and style. It brightens things up and breaks from the norm. Yes, breaking from the norm is important, and when we look at ‘Razzle Dazzle’ design, it’s history lies in breaking up shapes in order to look different. Modern cycling gear is often full of colour and intricate design, and so here’s a bit of funky design history for you:

The English Navy wanted to hide their royal ships from the preying eyes of the Germans. But hiding Navy ships at sea was not easy, as they’re quite large – especially on an empty ocean, so they came up with a cunning plan. Rather than hide from the Germans, they decided to confuse the Germans – but how? By applying the disruptive camouflage black and white paint to British Warships, the intention was not to conceal the ships but to make it difficult to estimate a target’s range, speed and heading. And I must say, they looked quite funky too.

John Kerr explained this in a letter to Sir Winston Churchill. He suggested to disrupt the ship’s outline with splashes of black and white paint and basically confuse the hell out of the Germans.

Sadly, over 500 British Royal Navy Ships were lost during World War 1. During the first world war it was only an educated guess that the so called dazzle camouflage would work. But a few years ago a student from the University of Bristol actually tested it and the short answer is yes it does work – but not in the way that the British Navy hoped it did! Ships move too slowly for the razzle dazzle to have any effect. But vehicles that move at speed do seem to have the capacity to confuse if covered in dazzle camouflage paint. Interesting, so we wondered if it worked on fast moving vehicles could it work on cyclist as well?

The project became the inspiration for Megmeister’s first woven men’s range of cycling jerseys. We like the idea of giving our jerseys a unique dazzle pattern, so that it becomes difficult for other riders to judge your speed. Only Strava has the answer! A razzle dazzle pattern that confuses fellow cyclists – we were sold. That’s the idea anyway, let us know if it worked! If nothing else, you’ll look chic and stylish, because individuality counts and as far as we’re concerned – style is not optional! 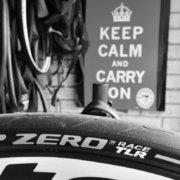 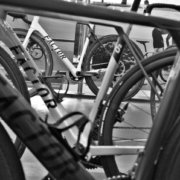 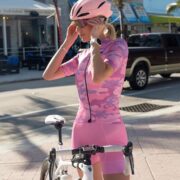