You are here: Home1 / Gisburn and Champion Moor

Limited options but there’s a cafe at Gisburn, the Buck Inn at Paythorne (slightly off-route) or the Spread Eagle at Sawley

The setting-up of the National Parks and Areas of Outstanding Natural Beauty has done much to protect our countryside, but their arbitrary boundaries can also lead us astray. Those yellows lines wiggling across the map give the impression that natural beauty ends at some cliff-edge, beyond which stretch miles of industrial estates and Redrow housing developments. This ride is a perfect antidote to that binary thinking, featuring pleasant rolling countryside both within and without the Forest of Bowland AONB. 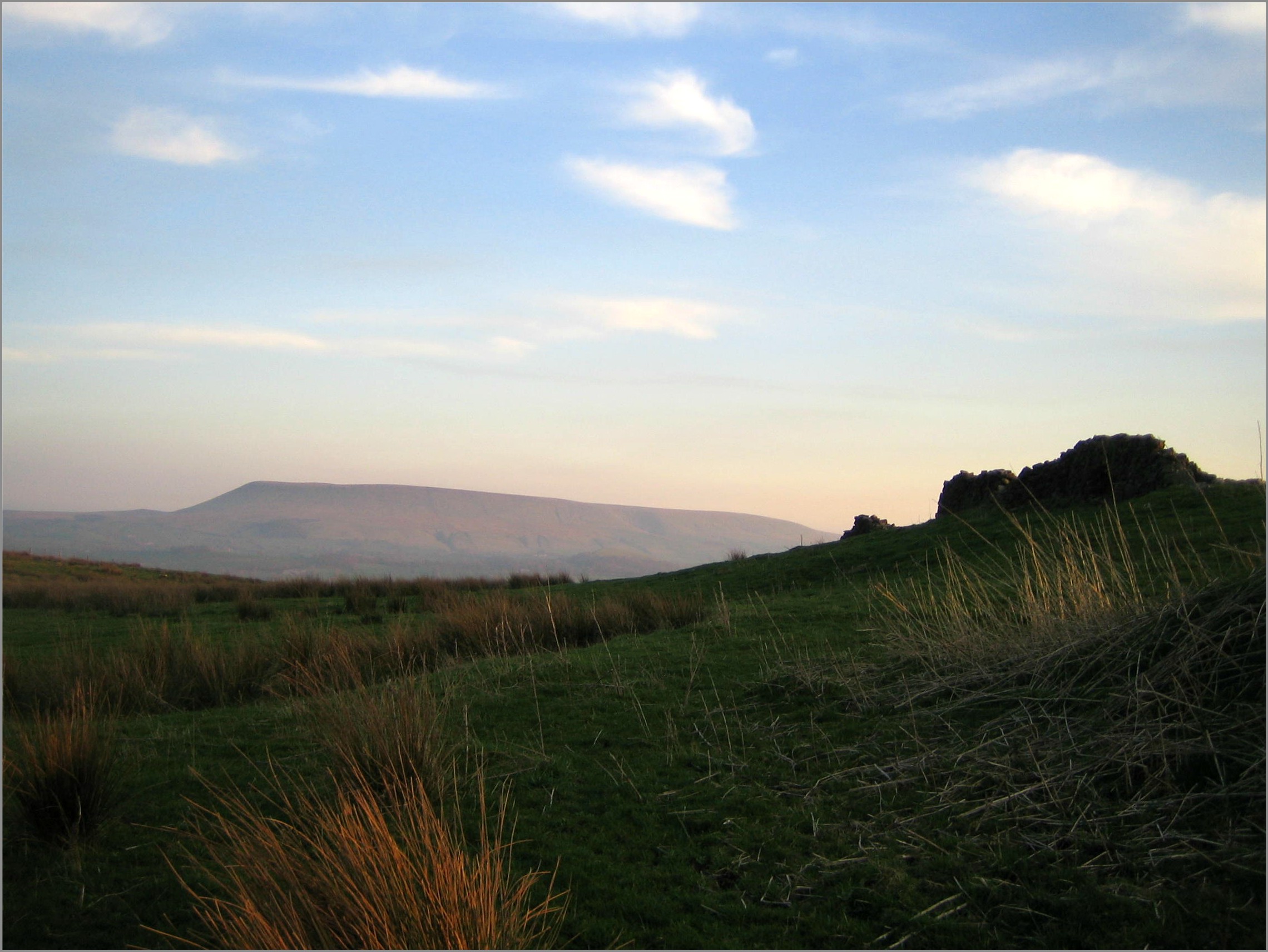 Although the start and finish of the ride are well-waymarked sections of Pennine Bridleway and the Ribble Way, there are a couple of sections in the middle where you will need good map-reading skills (strictly speaking, landscape-reading skills) to find your way.

1. From Gisburn Bridge, take the track running upstream on the true-left bank. Keep the imposing edifice of Gisburn Park Hospital well to your left.

2. After a short drop through a wooded dell, join the A682 but you don’t need to join the traffic as those magnificent people from Pennine Bridleway have created a parallel route on the left.

3. After a few minutes, you’ll see a distinctive wooded mound (Castle Haugh) on your left. Go diagonally across to its northern boundary and pick up a good track dropping, with a couple of entertaining sections, to Paythorne Bridge.

4. Cross the bridge and immediately take the bridleway on the left, climbing to a grassy tussock-fest along Loftrans Lane (is it just me or does Loftrans sound like a ballooning company?) This track gets steadily smoother as you head west.

5. Join tarmac by going straight-on at the bend, then left at the junction. After ½mile south, turn right onto bridleway. At the time of writing (March 2012) there is no bridleway sign but look out for a footpath fingerpost pointing the other way and a house selling free range eggs.

6. You’re now on Monubent Lane which is initially unpromising but stick with it. Where the gravelled track dinks left, go straight ahead through a galvanised gate in a wooded sunken lane. Follow this down with increasing interest, escaping the gully to the left for a short burst of superb singletrack to Forest Becks.

7. Turn left on the road then, ¼mile later, hard right. Climb steadily until, just after the road turns 90 degrees right, you turn left onto bridleway. Cross a grassy moor, with great prospects of Pendle Hill on your left.

8. Join Holden Lane and go up to the right, forking left near a huge barn onto Tinkler’s Lane. Ignore the bridleway (Past Lane) heading south from Greenwoods (it starts well but becomes indistinct at Dugdales). Instead, press on to spot height 262 and head south on an even more indistinct track (trust me, it gets better) rising to the trig point at 283.

9. Now you’ll see the lonely Champion Farm. Head towards this on the sketchiest of tracks, taking care not to disturb ground-nesting birds. At the farm, take the good track south, past an old caravan (March 2012) with Pendle as your beacon.

10. Turn left at the lane at the bottom (look out for the “Quiet Lane” signs). Follow this eastwards for about a mile then take a good bridleway south to Higher Heights. You’ll need to start paying close attention here.

11. Turn hard right immediately in front of the farm and make your way into an old, funnel-shaped drove road. Follow this for ¼mile then turn left. The bridleway is sketchy-to-nonexistent and you’ll find yourself scanning the turf for hoofprints. If you’re lucky, skilful or have used The Force, you’ll pick up the sunken Rodhill Lane which will deposit you on the road just north of Sawley.

12. Turn right and go over the bridge at Sawley. If you have time, go and see the ruined abbey here. If not, follow the bridleway on the true left bank of the river heading upstream. The map offers a choice of bridleways but I found the riverside option closed so had to fork right to Dockber.

13. You’ll start seeing blue Ribble Way signs so keep following these across fields with some bizarre landmarks (an arch made of painted shoes, a sword set in a stone, a stone circle). Cross the railway and keep going until you converge with the A59 on your right (when I came this way, this involved tying up a complicated gate fasting while the same side of the gate as a huge Rottweiler but I still have both legs intact)

14. Turn left on the A59 for about a mile then turn left when you see the Pennine Bridleway (PBW) signs. Follow these north, re-crossing the railway then heading east on the driveway of Coppice Cottages. Turn left on the road back to Gisburn Bridge.