You are here: Home1 / Green Quarter

Nothing en route, but Wilf’s is not far away

The easiest of the Lakeland passes is followed by a steep haul on grass, a fine moorland cruise and a rattling good descent. This route would make a good, easy-going Sunday excursion after a quad-hardening Saturday. Choose a day after a dry spell, as Cocklaw Fell can be squelchy. If you can, go in May when the dale is full of bluebells and stitchwort. 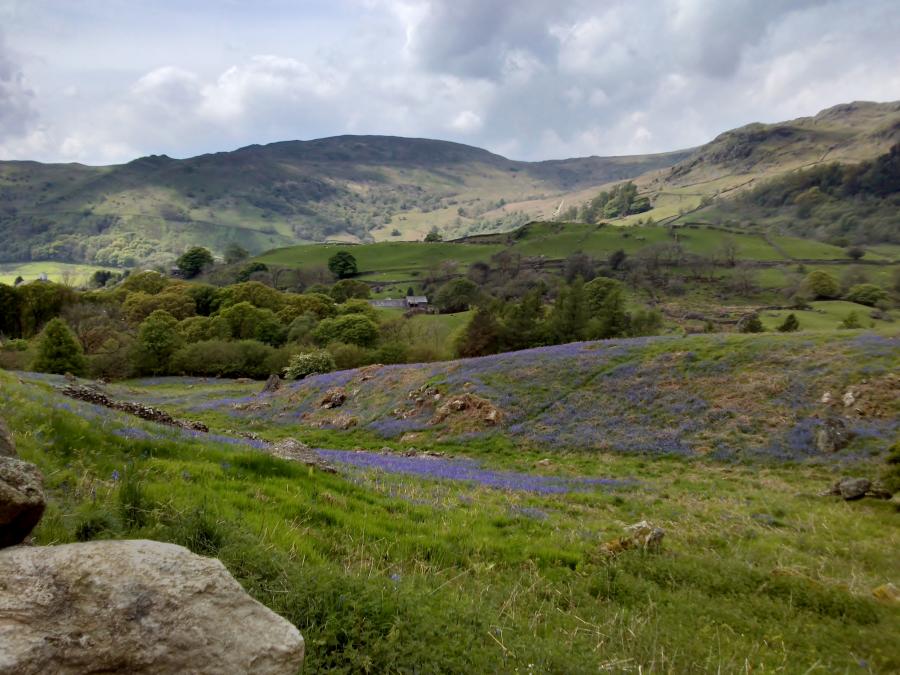 Start Point : When I visit Kentmere, I generally stash the car opposite the Hollingsworth & Vose factory to reduce pressure on parking at the dale head. In this case, the descent spits you out more or less at your car so it’s the ideal choice.

1. Tootle up dale, forking right to Green Quarter, the tiny hamlet above Kentmere. A short left-right dink, then a diagonal climb on tarmac takes you to a gate across the road.

2. Shortly after the gate, turn right onto the Stile End byway to Sadgill. The climb is pleasantly graded and the descent has been “improved” for the benefit of the 4×4 crowd. You’ll still need to be careful but it’s not the test-piece it used to be.

3. At the stream at 270m, you could turn right and save yourself some climbing later on. But you’d also miss out on a good, rattly descent.

4. So bear left down to the bridge at Sadgill.

5. Turn right on the road and head down dale for two minutes.

6. Turn right to Till’s Hole farm. Go through the buildings by an extremely narrow gate (a strait gate for fans of religious imagery)

7. Climb steeply. Expect a few minutes’ push and carry until you reach an open pasture and some marker posts guiding you back (still extremely steeply) to the contouring bridleway at 270m.

8. Turn left here and slant up to the left over Cocklaw Fell. Expect wild-looking horses, desolate ruins, the odd damp patch and total serenity up here. The greatest noise is likely to be coming from skylarks. Ignore the right fork and cruise on past quiet Skeggles Water.

9. At a complex junction of bridleways, fork right, preserving a generally south-western trajectory.

10. Above Millrigg Knott, the cruising turns into a fine flourish of a downhill, following a rocky track down the side of the forest. Turn right to get back to the H & V factory.