From Kendal, there are options to stitch together bits of bridleway but, if the Dales and Howgills are beckoning on the horizon, you’ll be wanting to rush into their welcoming arms. That means a bit of tarmac but it’s a good way of covering some distance and keeping your legs fresh for the big climb out of Dentdale.

After some initial feedback on the original route, together with some work that we’ve been doing with a leading mapping company, we’ve amended this section of the route. It no longer goes down into Wharfedale, but instead heads to Sedbergh before climbing across the Dales and dropping down another great techncal descent into Hawes.

This route is therefore more reasonable in length, but still has some epic climbing, especially around Dent and beyond.

The Cam Road is one of the great bridleways of the Dales, leading you into Hawes via one of the best technical and rocky descents anywhere. Once safely arrived at Hawes, you’ll find that it has all you need for an overnight stay: Youth Hostel; Pubs and B &Bs; Hotels; and camping; with loads of places to eat as well. 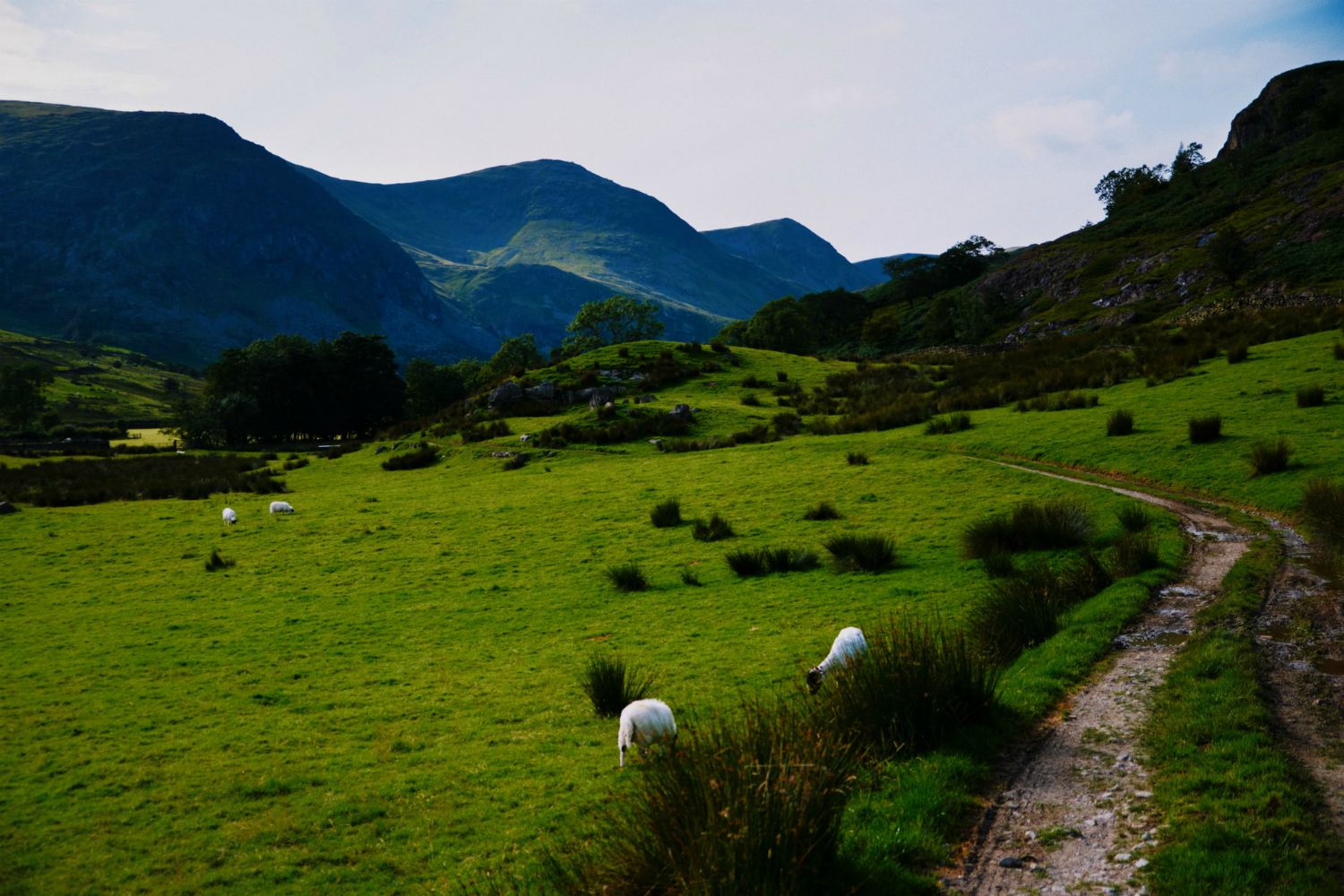 POWER YOUR OWN JOURNEY

1. Start off by following the B6254 towards Oxenholme and Old Hutton. Just after Hutton Yeat on the Right, turn Left (signed to Bendrigg Lodge 1½).

2. Cross over the M6 by a tall mast and keep wending East on minor roads, including a sharp turn Left by a larch wood (signed to Killington and Sedbergh). The first navigational difficulty is taking the unsigned turn Right fork off the Old Scotch Road at Three Mile House. If you reach the next right fork (signed “Narrow lane, steep hills, unsuitable for HGVs”) then curb your enthusiasm because you’ve gone too far.

3. Follow the lane down to Aikrigg and head ESE to Beckside. From Beckside either cross fields NE or go down the farm access lane to turn Left (north) at a T-junction well-endowed with red gates. Turn Right onto BW where you see a white painted bungalow on your left. You’ll need to use your skill and judgement here because, if the Lune is too high, you may have to go round by the B6256 bridge to your north.

4. Assuming you made it over the river without being washed down to Sunderland Point, turn Left and follow the BW north until it converges with the A683. Follow this north to the bridge over the stream, then bear Right onto BW taking a skirting line around Holme Fell, broadly parallel to the disused railway line.

5. Dip down over the Dee, the river of Dentdale, and climb up the other side, through Millthrop. At the T-junction at the end, turn Right into Frostrow lane. Climb onto the moor on a south-easterly bearing, then drop onto a public way descending to Rawridding in Dentdale proper. Follow pleasant tarmac lanes, dinking Right into Dent village itself to avail yourself of local services. Keep going up the valley to Cowgill and Lea Yeat, leaving the road where it zigzags L/R over the river.

6. Haul yourself up the long climb which passes under Artengill Viaduct. At the top of the heave, turn Right onto the recently designated Pennine Bridleway, starting on gravel but leading to grassy cruising. Turn Left at the minor road then cross the Newby Top Road to gain the public BW signposted to Cold Keld Gate.

7. Turn Left on the Cam Road and then fork Left on the Pennine Way. Cruise along the rim of the more-impressive-than-it-sounds hollow of Snaizeholme. At the fork, bear Left down a magnificent cobble-fest alongside the Tunguska’d plantation on the left (May 2013). If you’re still in the saddle when you reach the road, then congratulate yourself. Nought but a tarmac swoop lies between you and the Dales fleshpots of Hawes.