You could make a quick detour to Limefitt Caravan Park shop before tackling the Garburn but that’s it. Obviously, it’s mandatory to pile into Wilf’s afterwards.

A surprisingly lonely dale head, dotted with deer if you’re lucky, followed by the classic Lakeland crossing of Garburn. Go in May to catch the stitchwort and bluebells in Low Lane.
There’s a long section of pushing for reasons of terrain and legality but that’s only a problem if you regard a spell of Lakeland fell walking as beneath you.

Start point: If you’re arriving by car, spare the congestion at the road head by parking a little earlier. I generally stop opposite the Hollingsworth and Vose air filter factory. It also offers a warm-up and -down to the route. 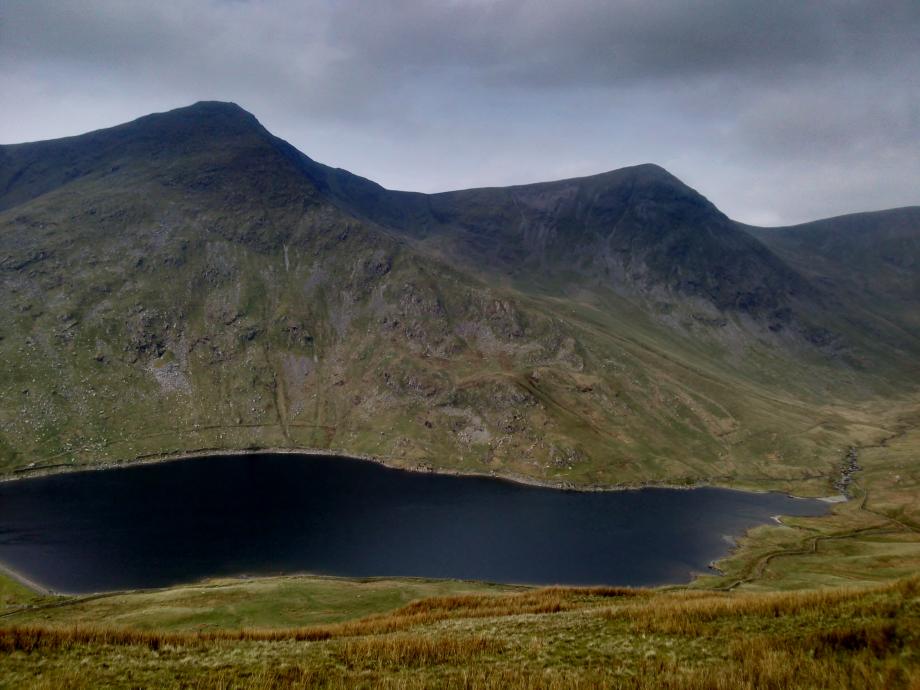 1. Head up the dale, forking right to Green Quarter. Climb a little on tarmac, curling through the hamlet and rising again on a diagonal incline.

2. Fork left onto the sunken bridleway of Low Lane.

3. Keep going up the dale, broadly along the intake wall. This then climbs up a big grassy tongue which can be squelchy after rain. There are some testing climb sections but it’s all leading to a gorgeous section of singletrack skirting Harter Fell.

4. Climb the zigzags to the wind shelter at Nan Bield.

5. Push up the flank of Mardale Ill Bell, forking left before the summit.

6. Skirt the dale head on a spectacular track, reconnecting with the saddle when you reach the High Street bridleway.

7. Head south, forking right at the col. This is one of the finest grassy descents in the district so take care not to carve it.

8. Down in Troutbeck, look out for a left fork going through a ford.

9. Follow the true left side of the valley down, then after the deer gates, bear left and up.

11. Zag back up to your left on the grand diagonal of the Garburn.

12. Kangaroo down to Kentmere, grinning insanely. That’s mandatory, too.