You are here: Home1 / Nappa Flats

Try the Buck Inn at Paythorne, where the route starts and finishes.

A pastoral circuit of Lancashire’s Far East, with a brief skirmish into Yorkshire territory. The distinguishing features of this ride are captured in the two photos: rich hay meadows and a sporting crossing of the Ribble at Nappa Flats. 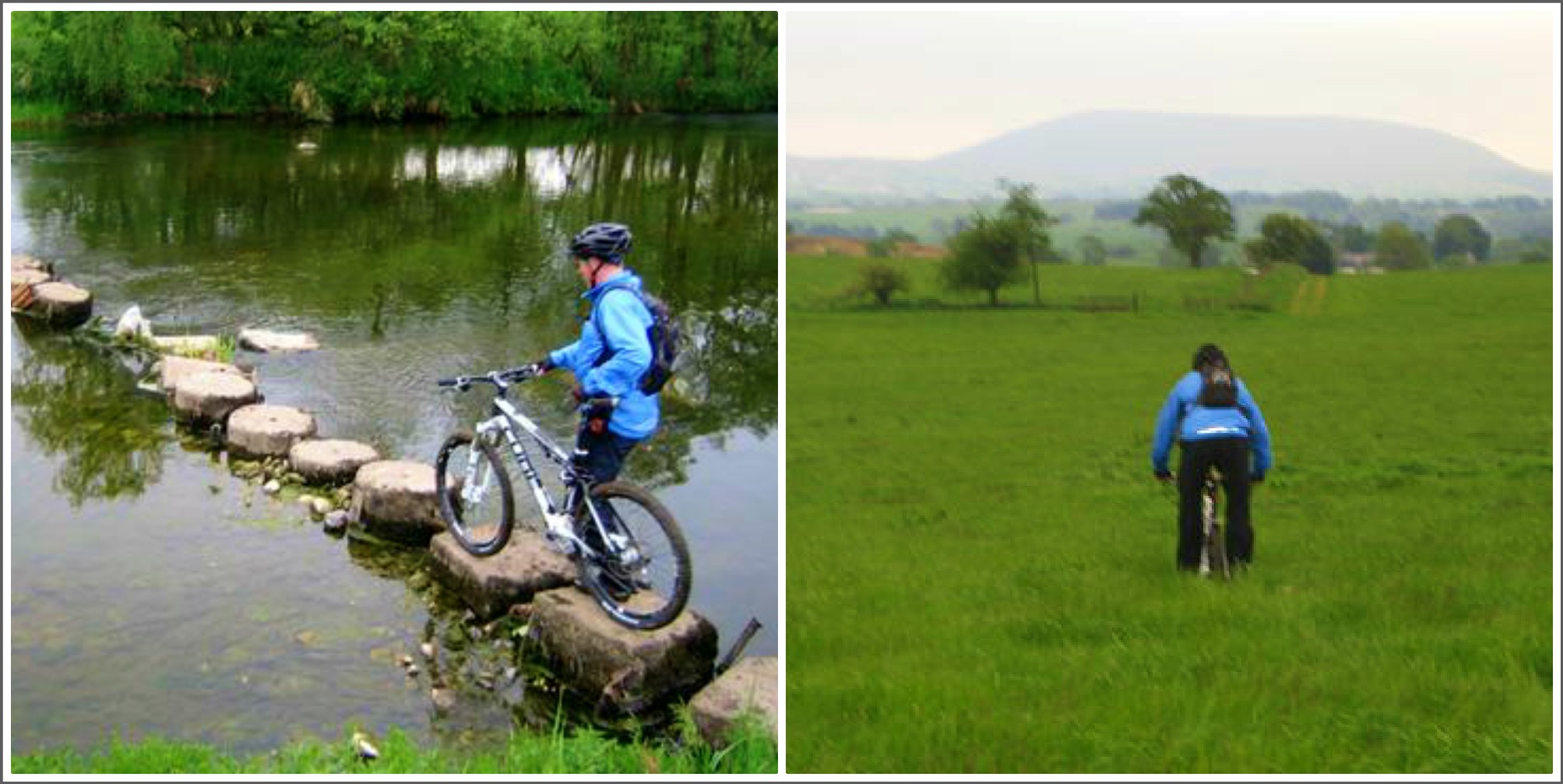 The terrain is generally easy but be prepared to navigate through unsigned territory and don’t expect to cross the stepping stones dryshod unless it hasn’t rained for thirty days straight or you are Danny MacAskill.

1. There’s plenty of space opposite the Buck. Take the Pennine Bridleway eastwards, but go straight on where it veers 90 degrees to the left.

2. As you near England’s Head farm, turn left through the “Private Road” gate (the small gate at its side has a bridleway sign)

3. Keep to this line across several fields, passing to the right of the whitewashed buildings of Nappa Flats farm.

4. Drop down to the stepping stones and teeter across as best you can.

5. Go up the lane to the A682. Ignore the tempting looking track going straight on and turn right for 200m before turning left on bridleway.

6. Climb steeply from under the railway bridge on soft-going turf (Cow Gate Lane) The gradient soon eases to a grassy plateau.

7. On your left is a wooden repair to a stone wall that looks a bit like a double seat. At this gate, head towards Pendle Hill across a hay meadow (picture below).

8. Pick up a good lane and follow it SW to Hoober and down to the road.

9. Turn right on the road and follow it for 500m until there’s a bridleway (horse’s head sign) just after the road veers right.

10. Go through Painley Farm then, when the track gives out, cross pasture land heading for a railway bridge.

11. Go under the bridge. You should now see the A682 and your next bearing is the prominent bridleway coming down from the small hill in front.

12. At the road, turn north along the A682 (Pennine Bridleway sign). After a kilometre shadowing the road, veer left up a slight rise to a gate by the wooded tumulus of Castle Haugh.

13. Trundle north, overlooking the meanders of the Ribble, dropping down through woods to Paythorne Bridge and a short road climb back to the Buck.