You are here: Home1 / Salter Road

Nothing. Not so much as a baked bean. The raison d’etre of this route is to get away from all that commercial, Starbucked razzle-dazzle. Chances are you’ll not see anyone else on the whole ride, so make sure you’re kitted out.

The Salter Road is a grand high-level crossing of the Bowland Fells. It can be done as part of a longer loop but it’s good value as an out-and-back as well. The route is described from the Roeburndale side but you could just as well come at it from the south. It makes an ideal outing for a summer’s evening, when the softly dipping moorland light washes away the day’s cares. Be careful in winter as you’ll be spending a long stretch above 1000′ with no escape routes and shouting “Help!” will summon nothing but slavering wolves. 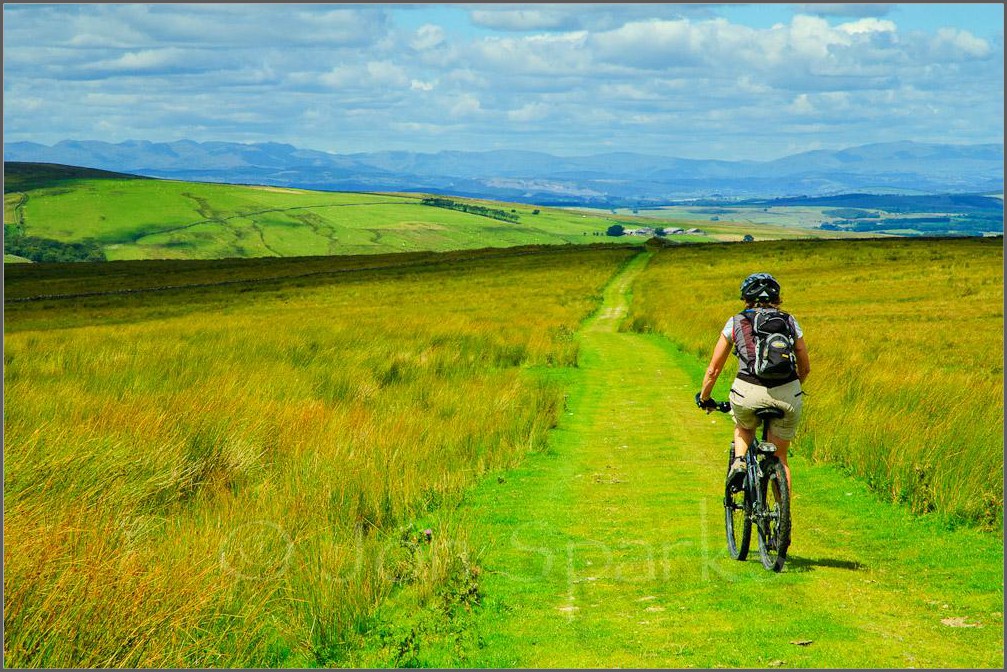 Once you’re on the road, it’s a piece of duff to follow. Stay straight as the Romans before you and don’t venture into the seas of heather to either side.

Bonus Start/Finish: From Claughton, you can climb up to the wind farm on Caton Moor, then take the big zigzag via Haylot Farm to get to Lower Salter. This adds 10 miles and another 1,000 feet of ascent.

Larisa Chinces writes about her journey from speed skating to cycling and what it means to her.