For all that cycling is a global activity, even a sub-culture, we have to concede that Italy is the beating heart of our sport. With one of the 3 Grand Tours, its share of the classics and a cycling population who live and breath bikes and worship their national cycling heroes, Italy has to be the centre of the wheel.

A Family Based Company

It’s no surprise then that Rosti are from Italy, with their deep family background, their adherence to excellence and style, and their drive to be the very the best that they can be. My own feeling is that when I’m cycling, I not only need to feel good, I should try to look good too; and Italy simply lead the way in stylish performance clothing for cyclists at all levels. In an environment like this, it’s hard to stand out from the crowd, but Rosti do so easily on merit, and for all the right reasons. Their designs are always radical and unique, the fabrics are always the very best available, and the finishing is simply beyond equal. So what’s the history behind this growing and very dynamic Italian cycling brand. 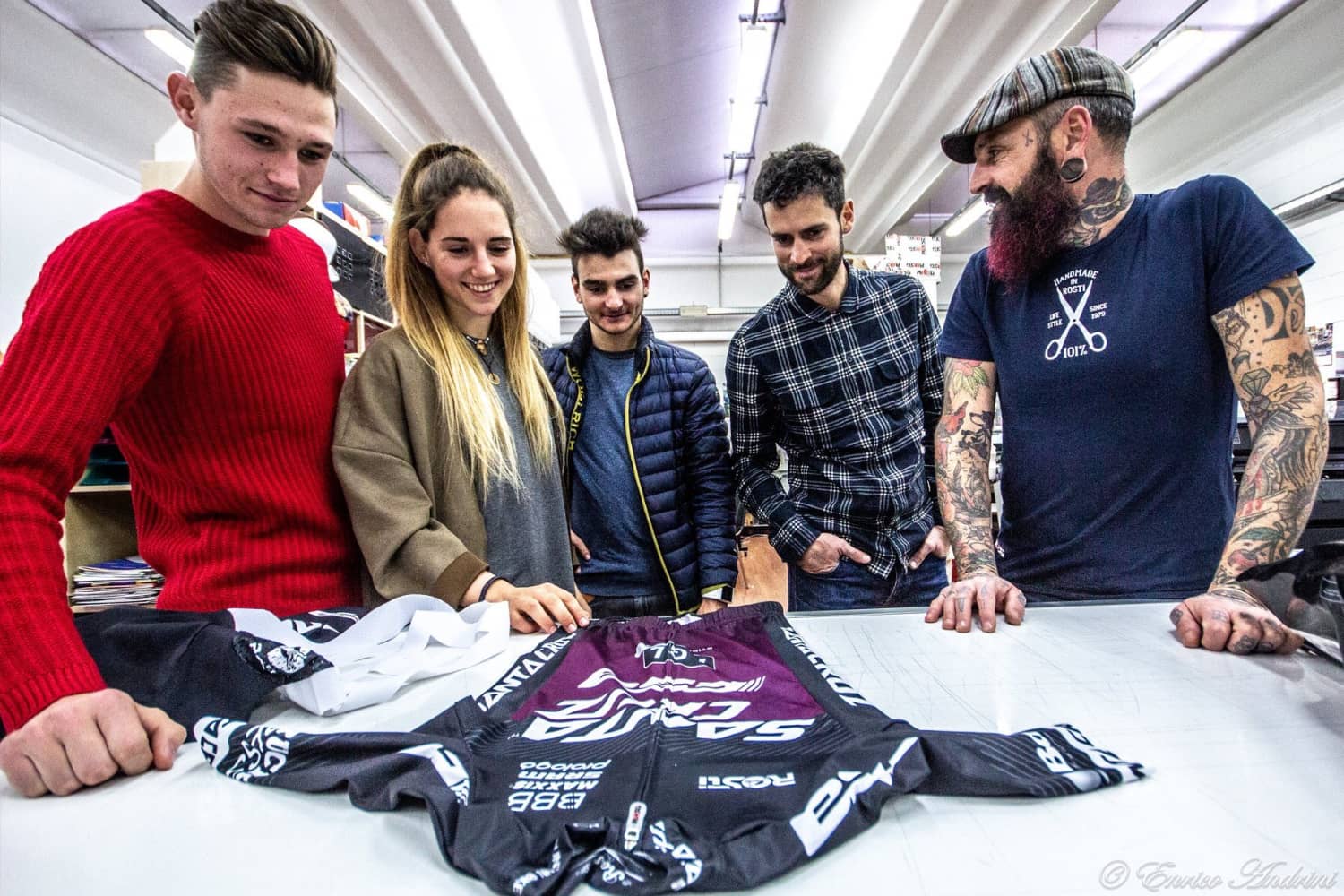 The seventies saw a real growth in cycling attire, with radical designs and new fabric technology. It was a real makeover for cycling, as both the media and audiences became more important to the sport. Jerseys became more colourful and finally, cyclists were given better attire, along with a more comfortable pad to look after their comfort on the bike.

At this time, Franco Alborghetti was the production manager in Centro Lombardo Sport. In 1979, his wife, Anna Rosti, opened up a small craft knitwear-workshop in Northern Italy, where two burbling rivers chase each other down the Alps to the plain. It’s a beautiful part of this amazing country, and The Adda is the captain, the main river, with its movement and rhythms likened to the great passista. The Brembo is more lithe, reactive, similar in nature to the grimpeur and role of domestique. Closed between the two rivers, there is a small rugged and loamy borderland called Isola Bergamasca, and this is where the stylish sportswear manufacturer Rosti was born.

The young family have two sons, Giovanni and Maurizio, who grew up together in the workshop and share the Italian love for cycling. These two young boys, would chase each other on their bikes and battle it out, eventually become men and it’s not long before they take over the family workshop, using their two individual characters, like the two rivers as a balanced model, to create and develop a unique clothing brand – Rosti.

The Early Days & Development of Style

It’s 1994 and the brothers buy a plotter and use their energy and creativity to really channel and focus the young Rosti brand with a racing spirit. Nothing is off-limits for a challenge, as they design and produce jerseys for winners at all levels, building and gaining a reputation for excellence with juniors, amateurs and enthusiasts alike. The brand inference has always shone through, showing their alternative approach to design, born from passion and hard work, and the first Rosti collections showed this to discerning enthusiasts who were looking for this difference in performance and style. Then and now, Rosti don’t simply design clothing, they produce visual references which are inspired works of art, where the design team draw on influences from optical, street and pop, and the first vintage cycling jerseys. The graphics are visually impactive and the design is born with high chromatic impact, because Rosti also understand that visibility on the road means safety. It’s an all embracing ethos, touching all aspects of modern cycling.

ROSTI are now deeply embedded within the cycling community of Italy, but it’s been a hard won journey. They’ve always looked outwardly and towards the future, whilst recognising the past; supporting the fixie races, and the first gravels. Their continuous drive for innovation of high performance technical fabrics, means that they’ve became partners with some of the modern cycling greats at early stages in careers, with future top riders such as Masnada, Ganna, Bernal coming to the attention of the world in Rosti jerseys.

And, Rosti have remained close the grassroots cycling, continuing to support events and ideas, developing a close bond with the youth team Colpack, and their first Pro teams, Carmiooro from Italy. Since 2016, Androni and since 2017 they’ve supported top World Tour team AG2R. ROSTI kit has now been worn on numerous podiums in the Giro d’Italia, and they’ve had several regular wins in the Tour de France, showing themselves to be a high performance brand as well as high style. 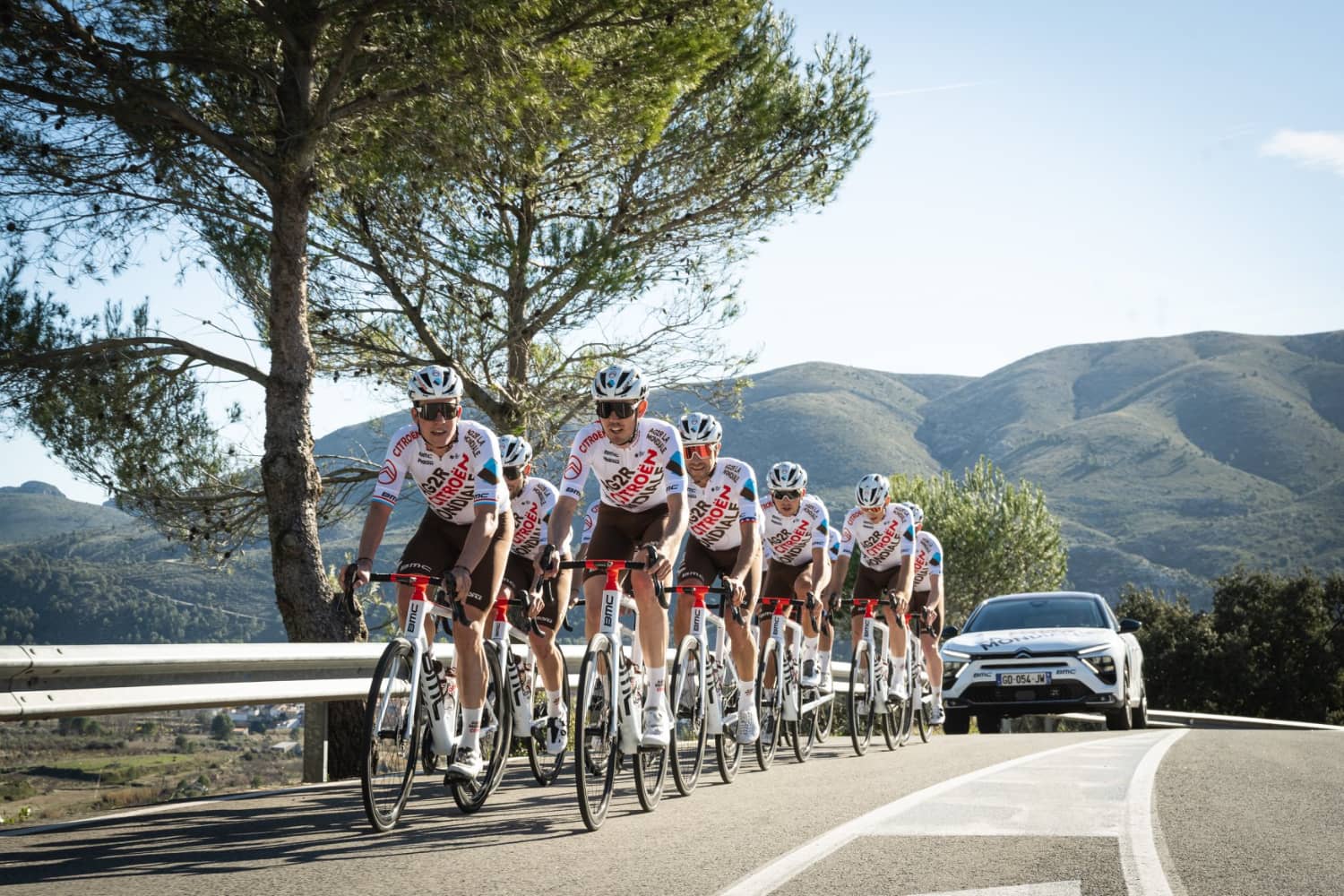 Rosti is an internationally recognised cycling clothing brand these days, but they’re still a family unit, with the same passion and drive that they’ve always had. The Rosti knitwear company is the fruit of the synergy of the Alborghetti brothers, family owners of the company, from early adulthood.

Maurizio Alborghetti is responsible for production, logistics, R&D. He has overseen the growth of the company and is the brain and operating system of Rosti. His brother Giovanni Alborghetti is the head of the Rosti style centre and of commercial development, sponsorships, events, marketing and communication. He is the creative spirit of Rosti. Together, they’re head of a tight knit team which has formed around them over the years, dedicated to the growth of the Rosti brand. Benedetto Zonca, graphic & web designer, joined the Rosti team in 1997 as manager of computerization, of digitalization of the design processes, of the coordinated image, of communication and of the website. Leone Belotti, writer, has collaborated with Rosti since 2005, writing the texts and press releases,the story telling and the Rosti Bar blog under the pseudonym of Sophie Rosti. Carmine Manginella has been part of the Rosti team since 2015, and is the manager of business development in Italy, for personalised clothing for sports teams and groups. Roberto Penna, since 2021 has been responsible for introducing Rosti’s products in retail stores, and for 2022 Marco Saggia joins as brand and export manager, with the task of consolidating and spreading the Rosti brand identity. Rosti isn’t just a jersey that you pull in to ride in; it’s woven with the spirit of each and every person within this family and carries their signature of performance, perfection and style.

We’ve tested Rosti clothing ourselves and will be doing so again in 2022. The quality of the finishing is truly superb, and you feel special as soon as you put the garments on. On the bike, the kit performs to the highest level and the fabrics do their job brilliantly, leaving you fresh and comfortable all day long. Yes, ours is a world separate from other sports. We exist within a cycling sub-culture and Rosti continue to feed our passion with their designs. Rosti are clear about their message, and it’s a message that resonates with me: ‘the bike [and] riding a bike reveals your lifestyle. Rosti – bike your style!’

When I ride a bike myself, I return to all those memories from childhood onwards and my heart beats faster. And, when I’m riding in Italy or wrapped in Italian cycle wear, I feel like I’m wrapped in the whole essence of cycling and life feels good. 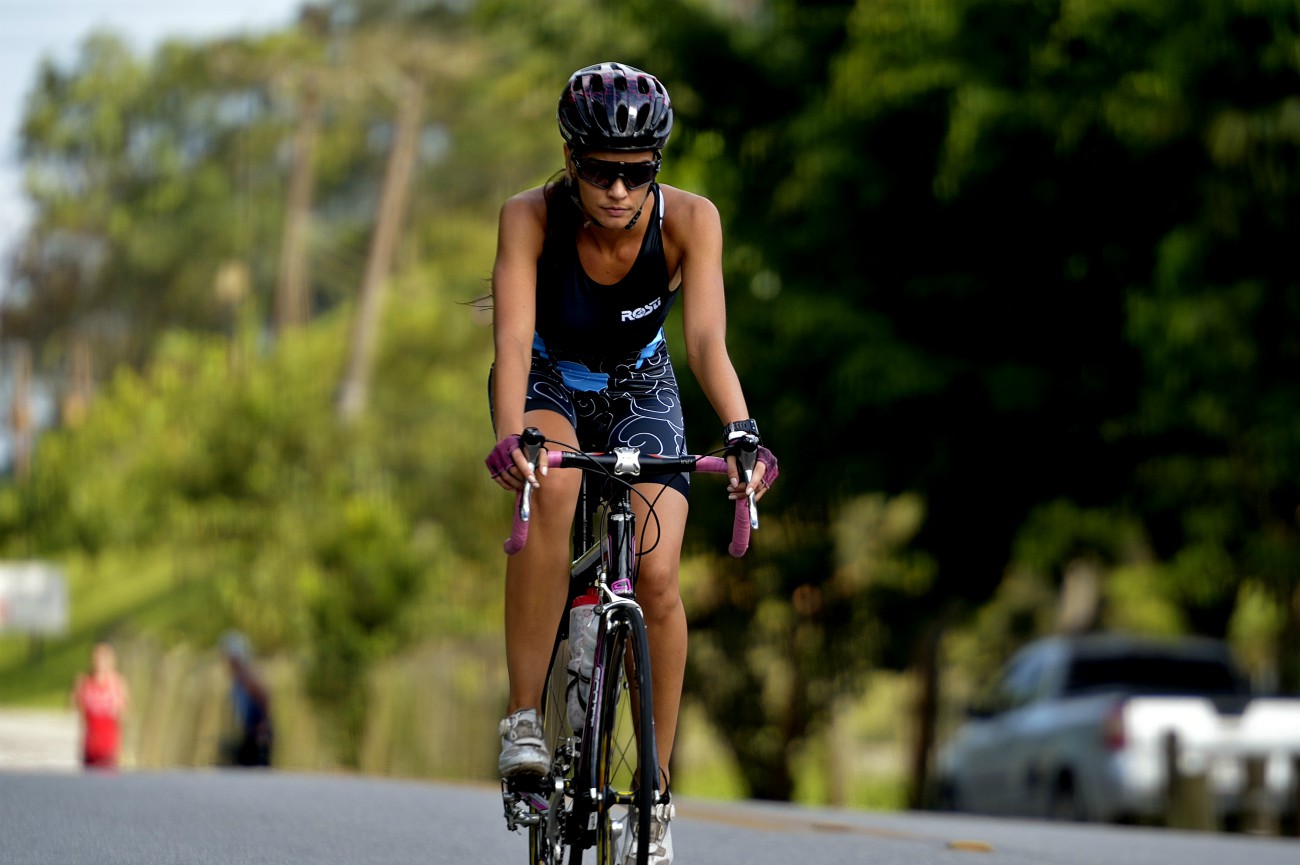 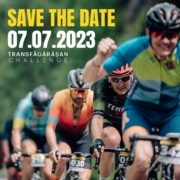 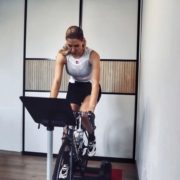 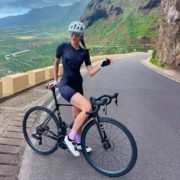 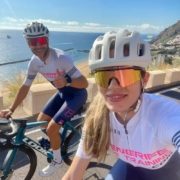