Some riders swear by them, others aren’t so convinced. Oval chainrings can be a bit marmite, but are certainly here to stay, with Rotor fully dedicated to the cause for over 15 years, having developed their Q ring. As a physio and bike fitter, the explained science behind the advantages of oval rings makes sense as a means to increase pedaling efficiency, but does it measure up in real world settings? As an early adopter of Rotor’s Q ring, in the days before 1x chainsets, I have put in 1000s of km racing mtbs, training and bikepacking, from using their 2x set up to the now customary 1x set up, across both mtb and gravel.

Research around the efficacy of oval chainrings is still limited. Some papers conclude that oval rings do offer more pedaling efficiency, existential proof within a controlled environment that they are a biomechanical upgrade. These results should then translate to the wider population, but we aren’t all riding within controlled environments on flat terrain with constant resistance such as is carried out within the test with riders on turbo trainers and set resistance levels. We are constantly shifting position (with exception of TT/triathlon). The rings have to perform over constantly changing terrain and pedalling forces, especially off road, from constant climbing to sudden bursts of effort up steep and/or challenging terrain with low cadence. Data from research reveals useful information, but the real proof is under real world conditions where the proposed benefits will potentially be experienced. 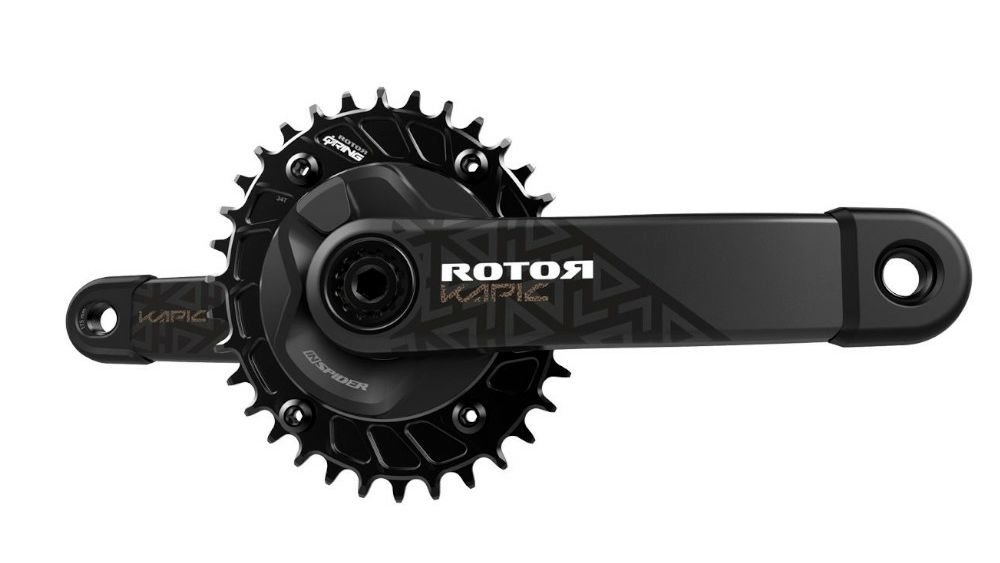 Rotor have always understood that as individuals we differ in our biomechanics and bike set ups, the knee over pedal (KOP) position being an advisory position, not an absolute one, depending on numerous physical factors. With this in mind they are unique in offering up to 5 different orientations of their Q ring, which is their Optimum Chainring Position (OCP), allowing riders to individualise the timing of the high and low spots within their pedal rotation.

With their ongoing research, the level of ovalisation has increased from the original 9% found on their double set ups to 12% used across their 1x rings, said to increase the efficiency further. This article pertains to their 1x rings as this is the set up I currently used on the Shand Bahookie drop bar, mtb and gravel bike.

With 5 orientation options, where do you start? There is a lot of information on the Rotor website here, so I won’t go into details, but I started out in the recommended #3 position during the full adaptation period and then experimented with different orientations. I didn’t think that there would be much point experimenting with the various positions until the feeling of riding oval had become normalised. Both bolted and DM cranks are straight forward to adjust. Granted, there is a certain level of faff associated with doing this, so it’s ideal to do during the off season. That faff however will be rewarded. You will find an orientation that works best for you across all terrains and your riding style, as you will feel a difference in the force that you can drive through the legs. Depending on how you respond to changes with the bike set up, being either a macro or micro adjuster (changes are either felt as small or significant respectively), the differences can be subtle or black and white. I am certainly the latter for example. 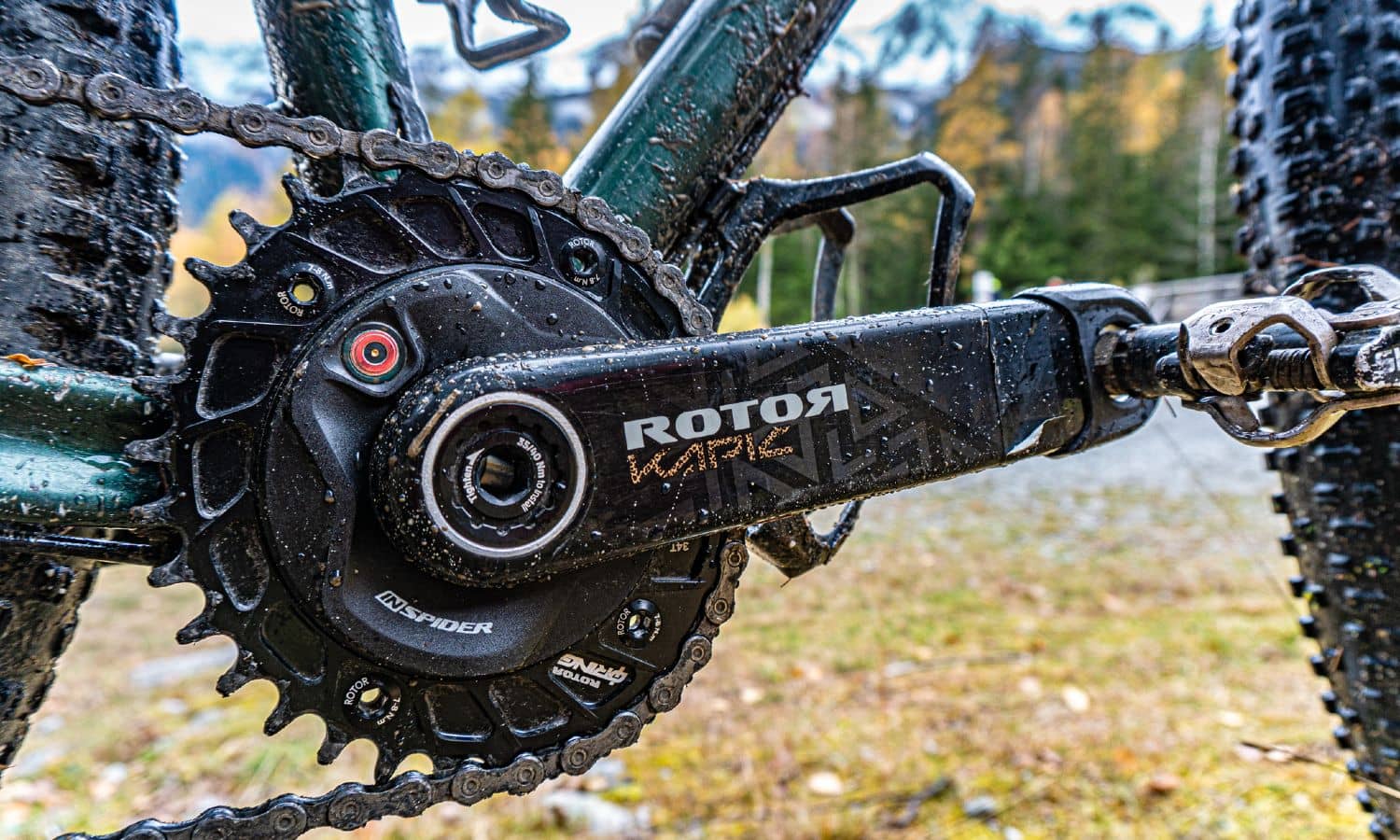 Another way to determine your OCP and with accuracy, is with Rotor’s power meters: Inpower, 2Inpower or the Inspider. Downloading the software for a PC or using the App on a mobile is straight forward. I have been using the Inspider power meter for a few weeks now on a DM Kapic carbon crank as we head into that off season training period, optimistic for a season of events and racing in 2021! No news to power meter convertees, but it has been somewhat of a revelation and, moreover, the quantity of useful, live data that is derived from the Inspider as single sided power meter has been a real plus. A more in depth article and posts about the Inspider and how it works as a modular system across Rotor’s DM cranks to follow.

I remember those first few km well and it did feel awkward, pedaling felt lumpy as each foot came over the top of the pedal stroke. Having read all the marketing material I was naively expecting this sudden performance increase! It just felt odd initially, almost as though more effort was required when riding over familiar terrain and up local climbs for a given speed. I was simply overly expectant of an immediate, positive outcome, I had to remember that years of teaching yourself to ride in a particular way, to pedal in efficient circles overcoming the upper and lower dead spots, had to be unlearnt. Riding oval means learning a new movement pattern, which, like learning any other skill, takes perseverance and time before it feels normal, natural and efficient. This adaptation period will be different for everyone. I had over 15 years of riding round rings in the legs and was of a ‘certain’ age. Younger and relatively new riders may find their adaptation experience is faster. Personally, it took around 15-18 hours of riding before pedaling started to feel smooth again and relaxed, eliminating the deliberate effort of pedaling through the dead spots. The oval rings now felt ‘round’, although, as I came to realise, real adaptation and thus true gains from riding oval became more apparent over the course of months rather than simply from the point where they felt smooth to ride.

Just as an experiment, some time ago I returned to round rings for a couple of weeks, riding the same routes. Adapting back (smooth pedal stroke) was significantly quicker, within a couple of 3-4 hour rides. 15+ years of an ingrained movement pattern will always linger, so it didn’t surprise me, although I did feel that something was missing with each pedal stroke, that added drive during the most powerful section of the pedal stroke, the 12 to 3 o’clock position and I was having to make a deliberate effort to pedal through the dead spots. This definitely confirmed my choice to ride Q rings.

As the legs became adapted, there was a sensation of being to turn through the gear a little quicker and more efficiently, a subtle, but positive difference in how I rode. On long climbs, there has certainly been an enhanced ability to maintain a strong cadence. Where the gradient ramps up and cadence plummets on short, punchy climbs, whether seated or out of the saddle, getting over the top of the gear feels a little easier. Similarly on longer climbs where the surface was rough, being able to maintain a more smooth and constant cadence has been easier with the Q rings.

As alluded to, we all differ biomechanically and how we interact with our bikes. Adaptation and overall outcome will vary from rider to rider. The micro adjusters will normally notice the greatest positive effect with the macro adjusters most likely noticing the least, but it is there. I sit in the former group and although personal research hasn’t been particularly scientific, simply comparing timings on long climbs and out the saddle efforts on shorter ones, there has been a positive effect all round with my riding, including at mtb stage races and bikepacking events. 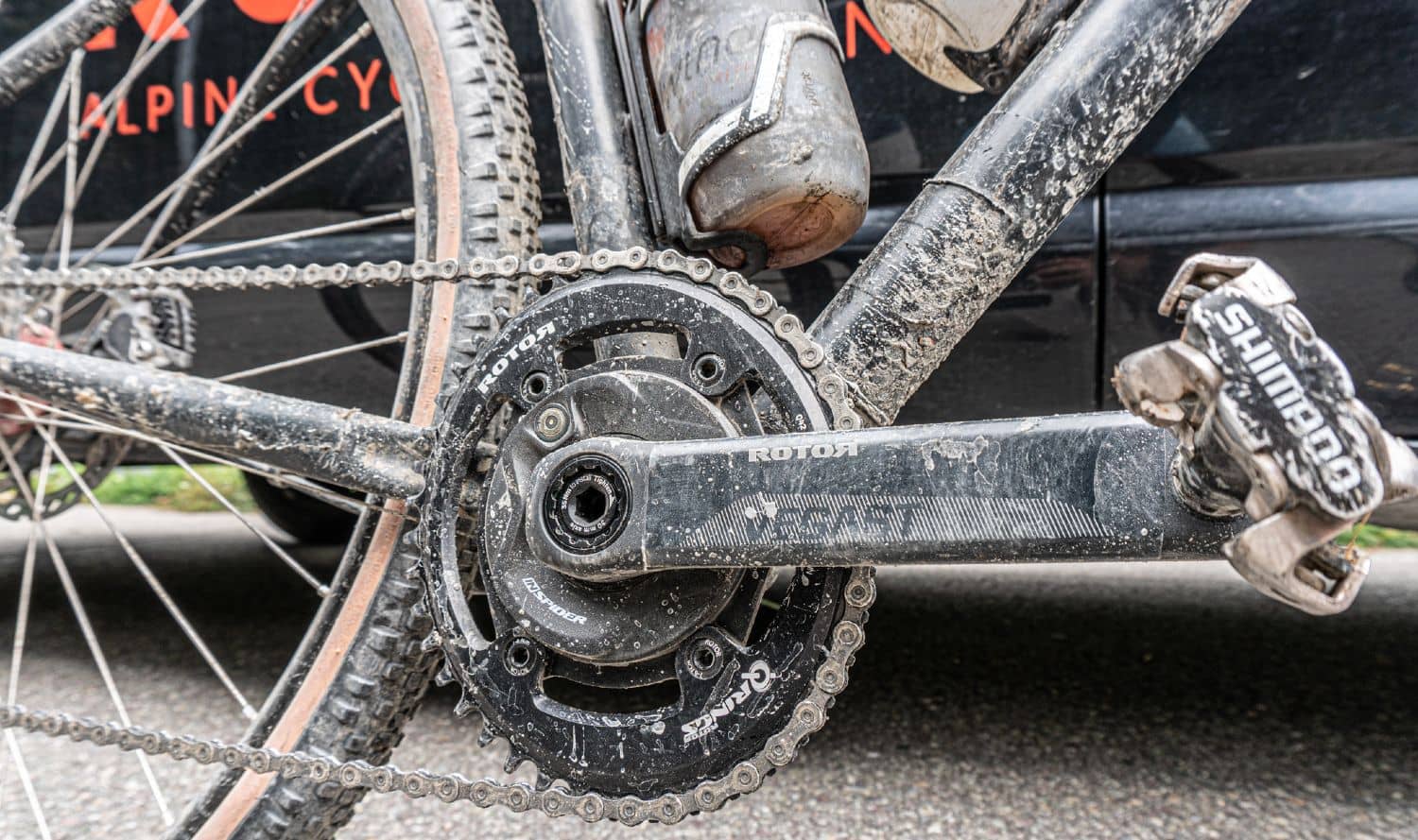 A quick mention about chain retention with their 1x rings too. I have never dropped a chain across both Sram and Shimano rear derailleurs.

As mentioned, in terms of actual research, it is limited and it’s important to take into account the allowed adaptation period prior to the testing. The authors’ comments in addition to the actual results are also interesting as there are numerous variables, such as with this article. This article about long term adaptation in a 1 year follow up with subjects suggests that true adaptation to gain the most from oval rings takes much longer than a couple of weeks. This article is an extensive read, quantifying in significant depth the effects of oval chainrings and summerarises many previous studies.

One area that is more anecdotal than research proven is the positive effect on anterior knee pain (AKP). There have been numerous comments from riders that oval chainrings have reduced their pain and with Rotor’s OCP options, the forces through the knee can be adjusted to your riding style. Although, if you are experiencing anterior pain on cycling, seeing a bike fitter who is also a physio (really important!) should be on your to do list, as the cause can often be mechanical. We are the aspect that is asymmetrical, not the bike! Muscle imbalance and weakness in certain areas can often be the cause of AKP.

In all, the claimed performance advantages do ring true, certainly over the longer haul and especially on long climbs (long being relative depending on your location of course). A main benefit was demonstrated on steeper inclines, or rough off road terrain where cadence can drop significantly, helping to maintain strong forward momentum. Adaptability of the Rotor’s Q rings has been a real plus point too with their OCP. We all differ in our riding styles, which comes from numerous biomechanical factors and injury and the OCP system takes that into account. You do have to allow for that adaptation period though, with true adaptation taking longer. Just don’t expect immediate results on that first ride, where riding may even feel harder, persevere and the results will show themselves. 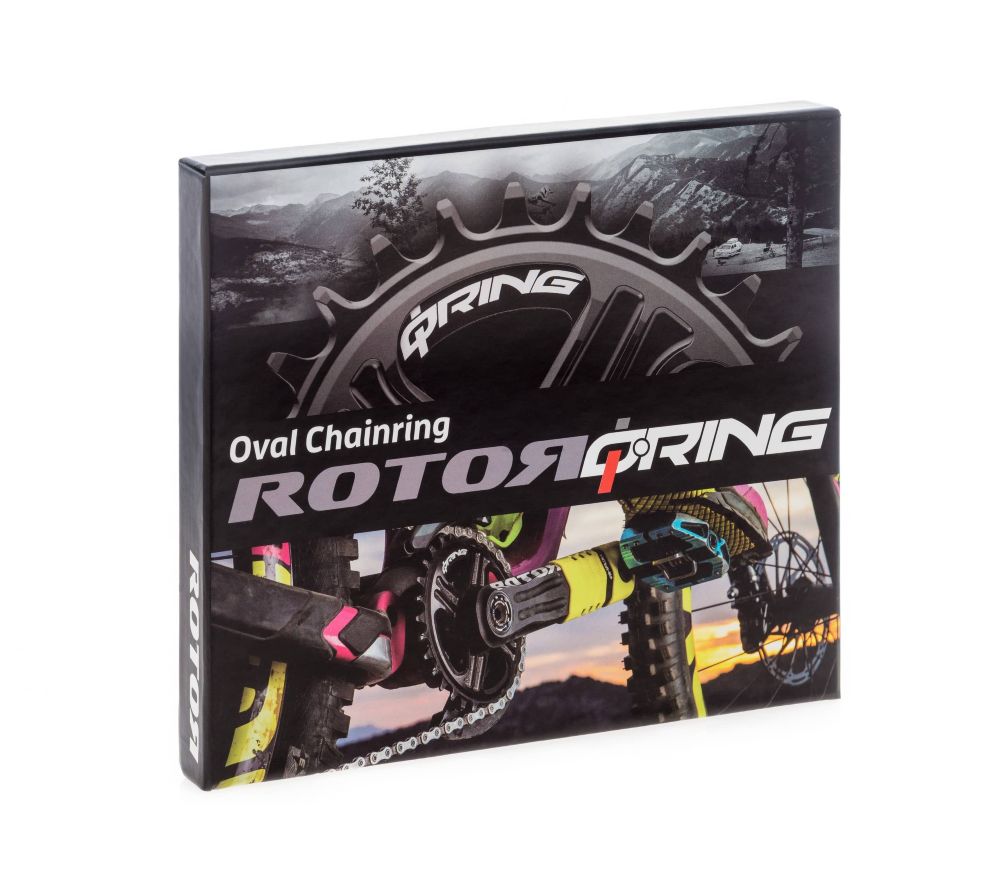 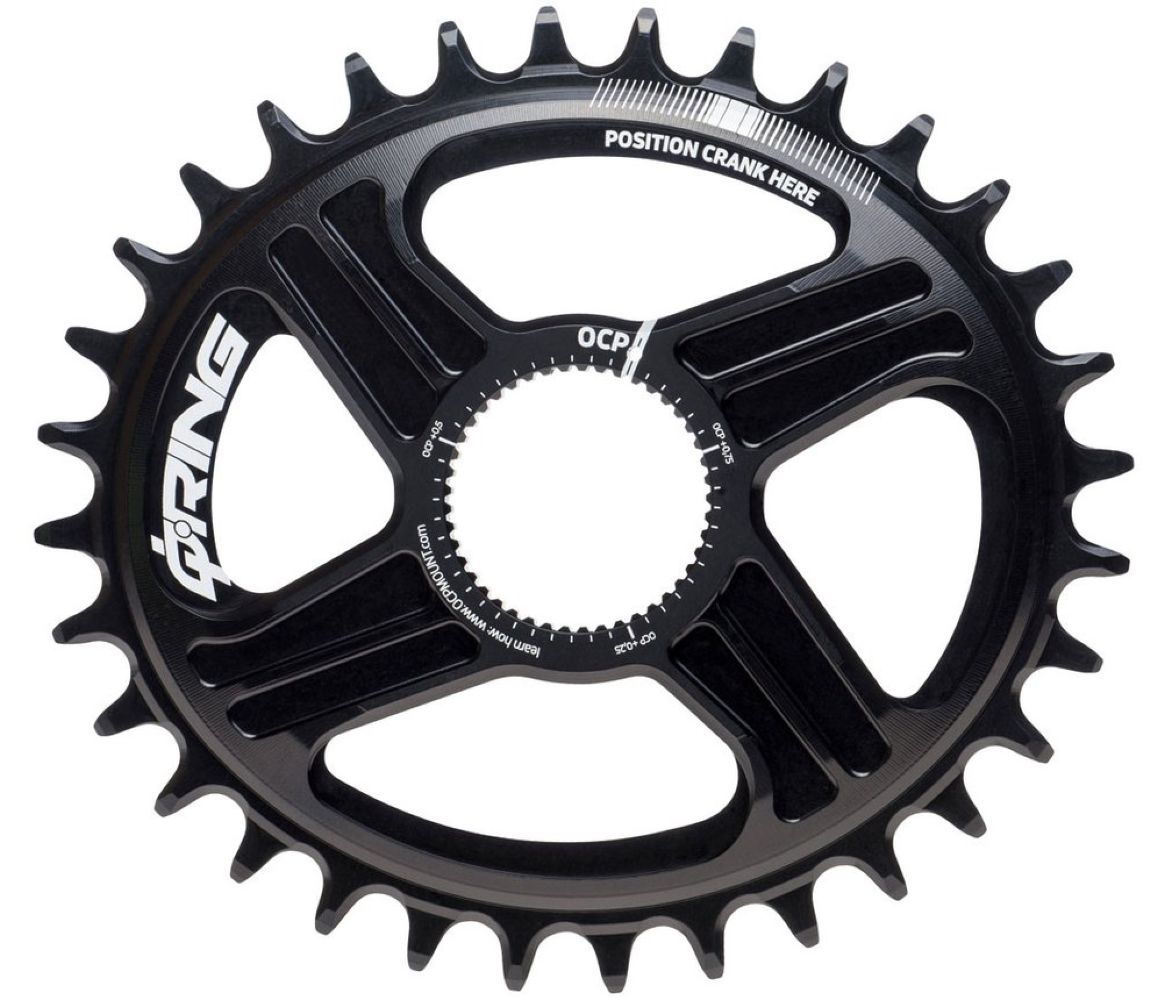 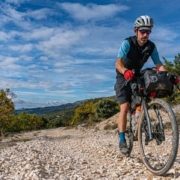 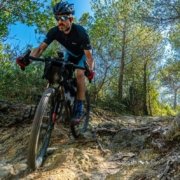 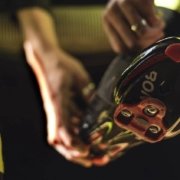 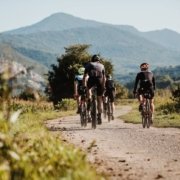