I’m thinking of special places to go cycling. I want to share somewhere with you, to inspire you by telling you the emotions that I feel in special places on two wheels. When I think of writing about the Chicamocha Canyon, the most heartbreakingly beautiful images, my most charming site imaginable come to my mind; I could ride it every day on my two wheels, noting the greatness of the world, of my Colombia, of my Santander. 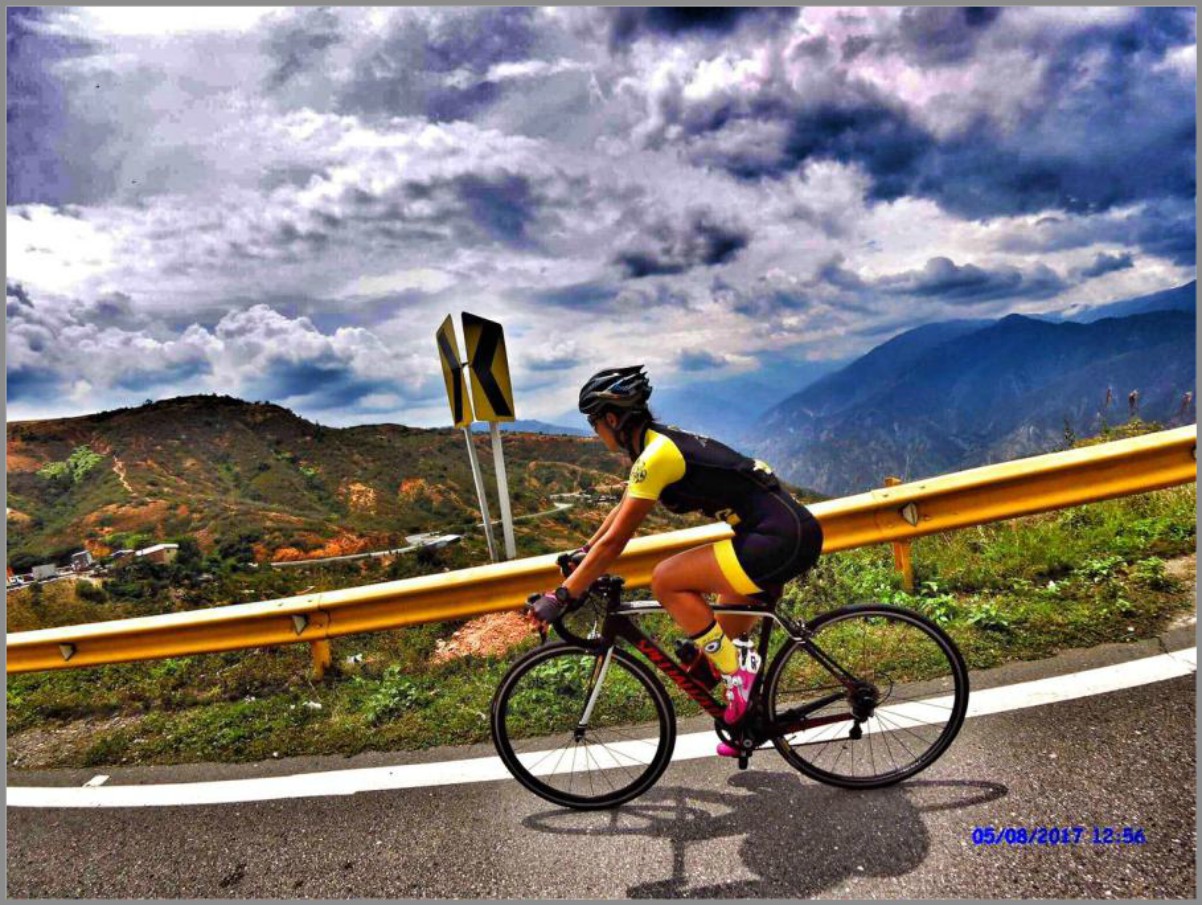 The Chicamocha Canyon (CHEE-k?-MOH-ch?) is a steep sided canyon carved by the Chicamocha River, and administered by the National Park of the same name here in our beautiful Colombia. The Chicamocha canyon samples the most beautiful mountains that I have seen in my 26 years of life; It is majestic, surrounds any person that surround it, to know it, so the less observant.

It is not only beautiful, it can be rolled around and explored, you can go on two wheels by those who love life, in efforts to absolute endurance, since it is a climbers place; but as the popular saying goes: to see the best in life, we have to climb high. It has a noise that surrounds the larger senses, a smell that leads to paradise and makes rolling through this place a tropical pleasure. In fact, I’d say that tropical is a great way to define it; hot and green and wild and free and untamed and wondrous. 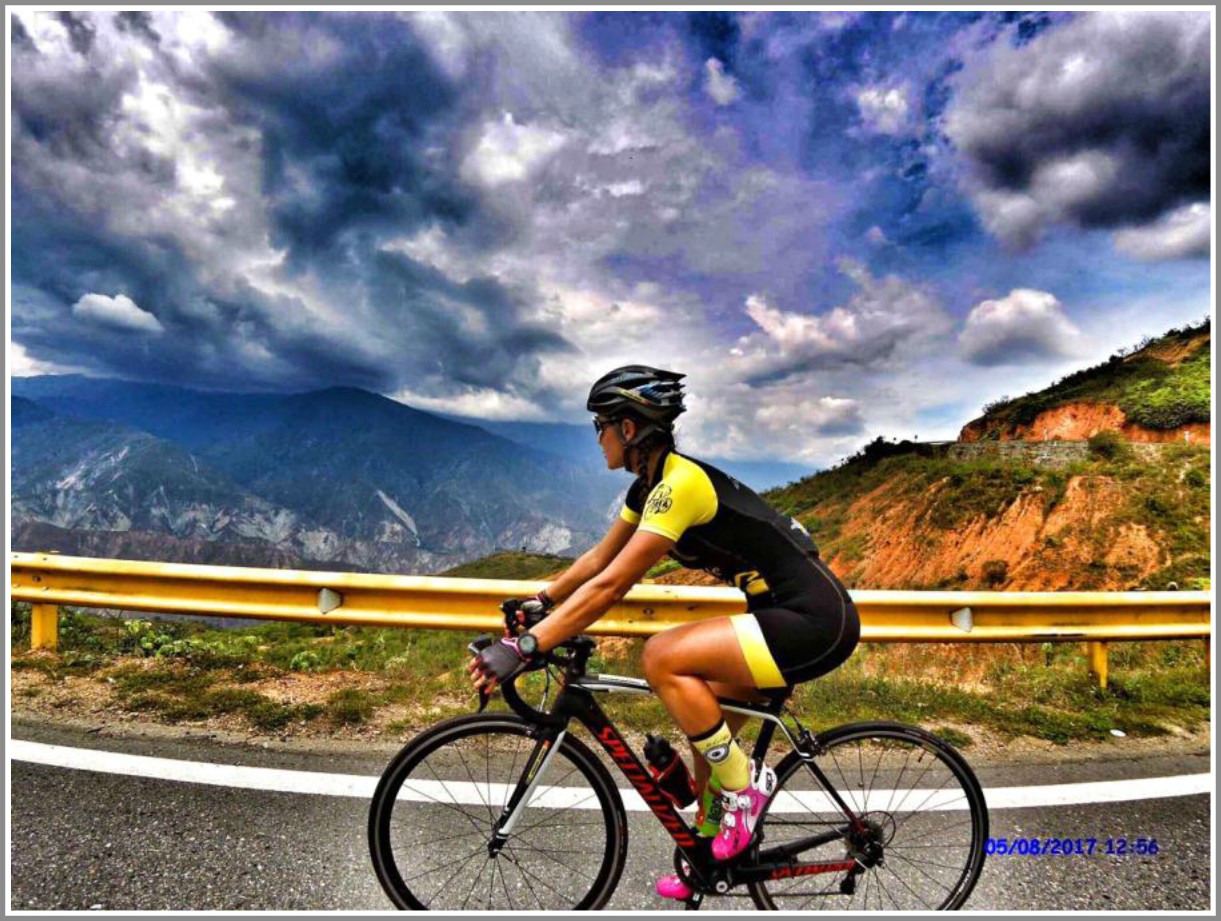 When I look over the Canyon, its colors lead me to places with meaning; perhaps that only gets people who want to go to different worlds. I’m an explorer and adventurous spirit. I cycle to discover new places and to discover myself. Places such as the canyon open my eyes to new possibilities and enrich me.

Climbing around the Canyon leads me to the larger definition of all, happiness, FULFILLMENT, pleasure, gratitude about what God has created.

To visit the canyon and take in its beauty, you locate it from Bucaramanga to the Chicamocha National Park, 40 km, where there are giant boulders surrounding roads and mountains born with greatness. The road becomes difficult and heat devours the body, and the Canon permeates a sweltering heat, but it’s worth every damn pedaling moment to reach it.

And it is definitely a place to go by bike; to go to worlds unknown, full of grandeur. So come and viisit Colombia – visit the Chicamocha Canyon and be inspired. 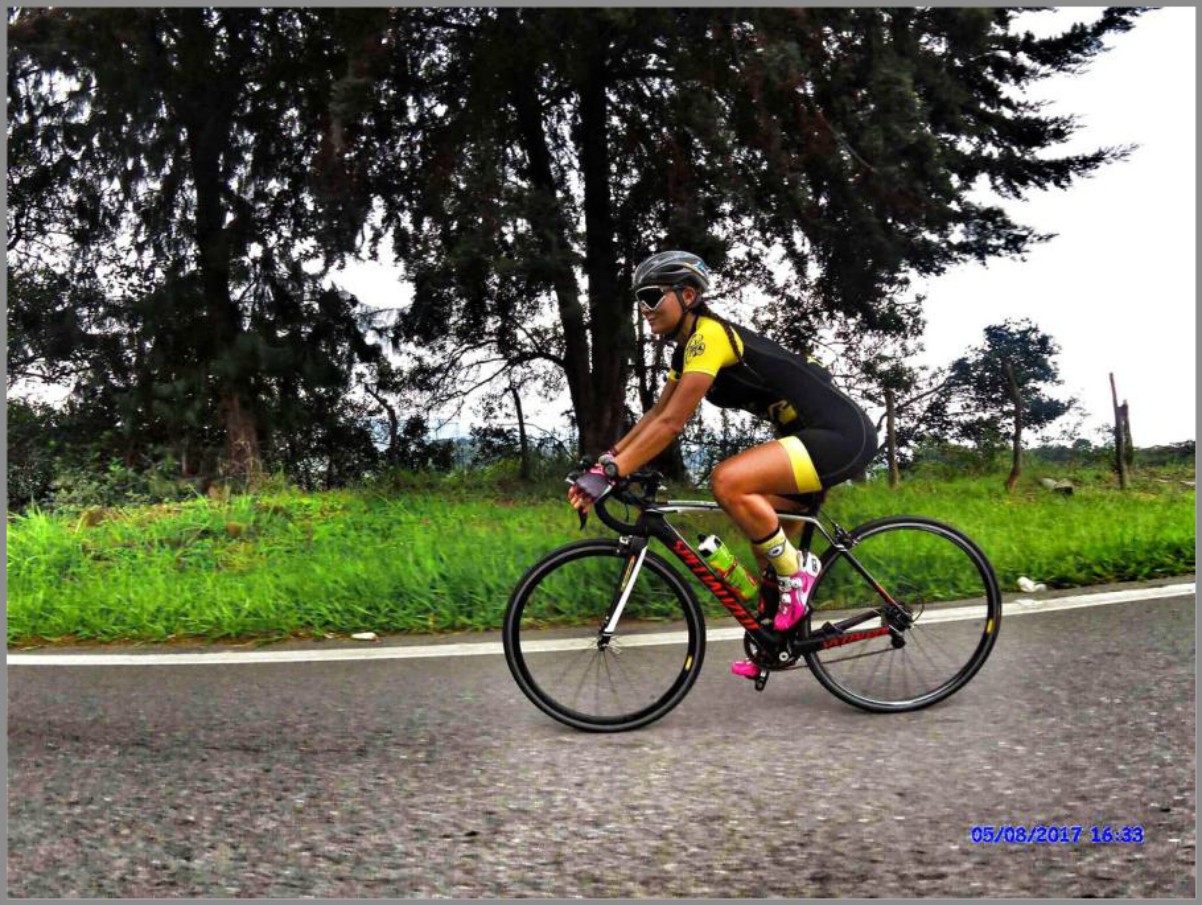 1. Head out of Bucaramanga towards Floridablanca on the 45A road.
2. Pass through Piedecuesta and start some serious climbing in glorious countryside, with greenery clad hills all around, on twisting and turning tarmac.
3. Crossing the Chicamocha River the views open up even more, as you skirt the river toone side and mountains to the other.
4. Then it’s time for some serious hairpin climbs as the mountain road weaves its route upwards.
5. By Aratoca you’re descending and heading towards Canaveral and Curiti, where you can enjoy a break and bite to eat, before reversing the route back through the mountains – or better still, stop over for a night and explore even more of this amazing countryside on a two day ride.

Any country that has a road reputed to be the longest climb in the world, has to be a great cycling nation. Alto de Letras, in central Colombia, is a high mountain pass at an elevation of 3.679m (12,070ft) above the sea level.

The road to the summit is called Ruta Nacional 50 and links the following cities: Manizales and Mariquita If you can get past the altitude sickness at around 2,500-2,800 meters, you’ll be doing better than most people. Starting from Mariquita, the ascent is approximately 80 km, with an elevation gain of 3.220 meters. The average percentage is 4 %, but gets much steeper in places.

It’s one for the real climbers, to whom we give respect. The climb starts at a sub-tropical 468 meters, in the town of Marquita, and tops out at an arctic 3.679 meters.Sounds like we ought to visit it – and we did. Our Colombian friend and rider, Vanessa went along to crack this great road cycling climb. 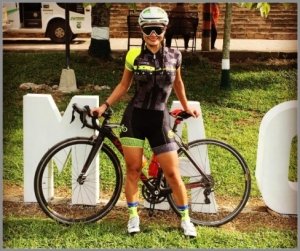 ‘Highs of Letters’ translate the name of this giant of road cycling climbs. Going into detail, there is an aura about what it meant to climb the longest port in the world. It’s been nagging at me for some time, there in the recesses of my mind, calling me forward.

Even talking about the previous day preparing for it, and how strictly my coach prepared me for this epic challenge, sends shivers through me. The night before I climbed it, I did not sleep, my body was thinking endlessly, and every fiber and all the blood running through my veins was in all its splendour; the nerves eating up my being, imagining me climbing the longest road climb in the world. Wow – electric sensations running through me, and stomach was tightening with anticipation. 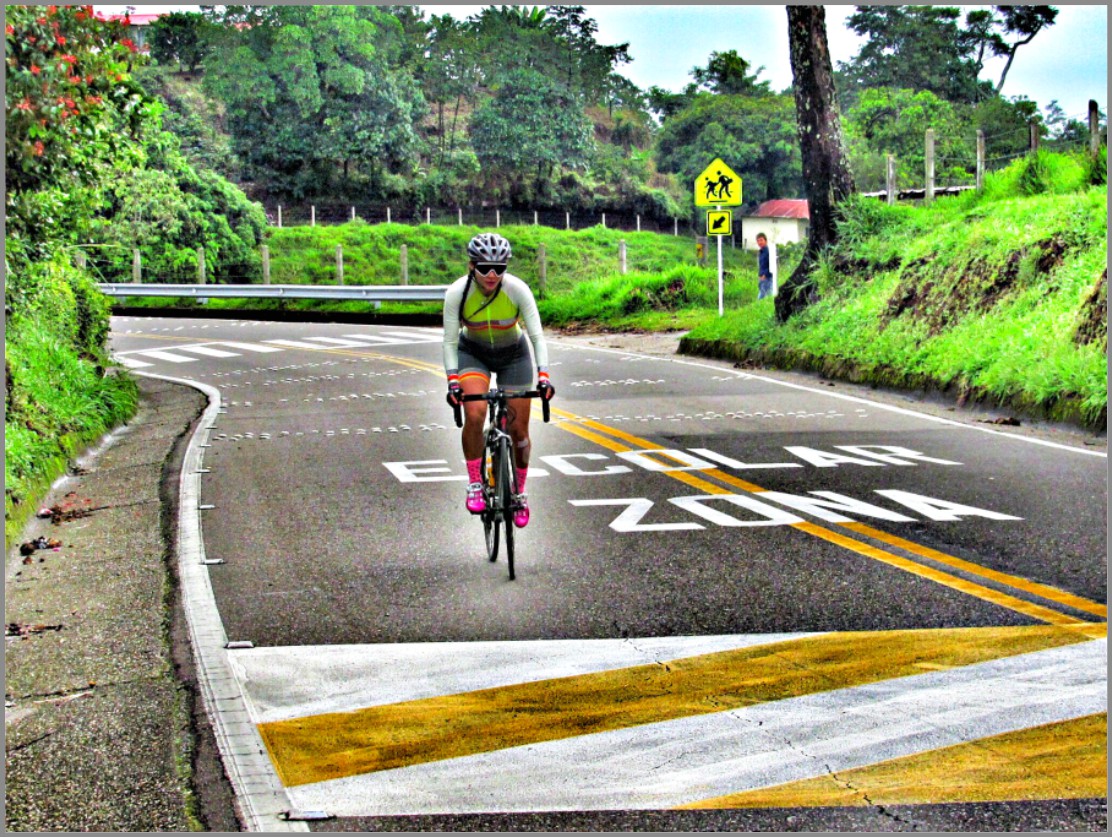 When I started climbing the ‘High of letters I tried to regulate what I could more, since to raise it puts me in rage and I love doing it, but this was not the opportunity to climb to the top, since climbing, it is 80 kilometers.

The first 10 kilometers were full of heat and humidity that suffocated my body, but my legs were there, happy to climb and see a landscape so beautiful, in which each tree wrapped my body and gave more oxygen to cope with the height involved in the challenge. After climbing the first 25 kilometers I began to feel the altitude; I need to clarify, just because of the weather – it was much colder, calmer, the humidity disappeared and the landscape towards part of a much colder climate. We were going from sunshine and tropics to icy altitude.

Then in the first 50 kilometers the legs started to hurt; I wanted to finish, as the hours passed and I felt that nothing progressed. I felt that every kilometre, as they became eternal and the climate every moment became colder. It was eating at me mentally, a psychological battle.

Then I started my last and hardest 20 kilometers, where the height was over 2500msm, and the legs already hurt enough, the mind was exhausted, the hunger began to feel and there were pieces of 13% road to climb. It was fighting with me, telling me that I needed to earn the honour of ascent.I kept going because my body was ready for everything – I was prepared physically and mentally.

I was not thinking of getting off the bike for a second, it was my goal since I was sure it would go high; In my last ten kilometers and I wanted to get off, it started to rain and my mind was exhausted, but there was an inner voice that shouted to me “YOU WILL DO IT, YOU CAN. “ It is not an impossible challenge, it is to play with body, soul and heart.

As I arrived at the summit and see my boyfriend Ivan waiting for me, I felt the most beautiful thing I’ve ever felt in my life: “I CAN WITH EVERYTHING”; I felt I was powerful, and I felt that I could achieve everything in life. I felt that all feelings of despair and frustration of the last 20 kilometers were worth EVERYTHING.

I understood that the ‘High of Letters’ is one of my best experiences of life; a climb to be cherished. The mountain road, combined with breath-taking landscapes, interminable highs, differently crazy climates, combined 80 kilometers in hardness and joy, combined happiness and sadness, combined the most beautiful that can feel a human being, fullness and satisfaction. I am a cyclist. I am a climber.

Larisa Chinces writes about her journey from speed skating to cycling and what it means to her.